Riverbend Church to get addition, renovations in $2.5M-plus project 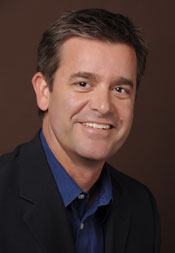 Riverbend Church, one of Austin’s mega-churches, is undertaking a $2.5 million to $3 million project that will feature the addition of an assembly hall as well as renovations.

General contractor Structura Inc. is overseeing the project, which includes a more than 15,000-square-foot assembly building that will house classes for young adults. Among other facets of the project are renovations to the main auditorium, fellowship hall, church offices, preschool and nursery.

Structura says it will hire about 10 to 15 subcontractors for the Riverbend project, which is scheduled to start this December and be completed in the summer of 2011.

Structura has offices in Austin, Dallas, Houston and Galveston.

The children of Structura President Rusty Morgan (photo) have ties to the Riverbend preschool and nursery.

Austin’s L.M. “Mac” Holder III is the architect for the Riverbend project.

According to its most recent annual report, Riverbend posted income of $5.4 million in 2009. Average attendance last year for Sunday morning worship services—excluding Easter and Christmas Eve—was close to 1,800 adults.

1 Comments on “Riverbend Church to get addition, renovations in $2.5M-plus project”