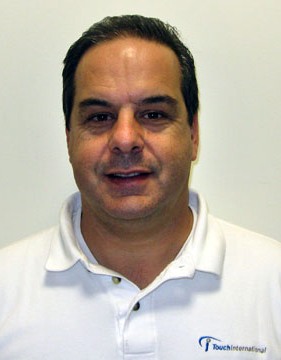 Bouncing back from the depths of the recession, Austin-based Touch International Inc. has shifted into growth mode once again.

In 2008 and 2009, the touch-screen manufacturer cut a total of 30 jobs in Austin. But in the past six months, the company has added 50 jobs here, bringing its Austin workforce to 148. And more good news may be on the horizon.

“Touch International is on the doorstep of a large military contract that could double the size of our Austin facility,” spokesman Jamie Sewell says.

In other words, Touch International could be on course toward increasing its Austin headcount to roughly 300. Sewell points out that figure is “not set in stone.” Details of the potential military deal—including its value—are under wraps for now.

If the military contract does come through, Touch International will be hiring engineers, sales professionals, administrative staffers, manufacturing workers and cleanroom workers, Sewell says. People interested in working for Touch International are asked to send their resumes to job@touchintl.com.

“We are currently training manufacturing employees for a second shift at our Austin facility so that we will have round-the-clock production,” Sewell says.

In September, Touch International will expand into a 12,600-square-foot suite next to its Austin headquarters at 2222 W. Rundberg Lane, boosting its local presence to 52,600 square feet. The extra space will be used for administrative offices and manufacturing cleanrooms, Sewell says.

Michael Woolstrum (photo), founder and CEO of Touch International, says: “Austin plays a critical role in Touch International’s worldwide success, and we are committed to preserving jobs for Austin and the surrounding communities.”

With its partner DMC Co. Ltd. in Osaka, Japan, Touch International operates seven manufacturing plants worldwide with 1,200 employees. The company was founded in 2002.

Research firm DisplaySearch says touch-screen shipments rose 29 percent from 2008 to 2009. Growth in the touch-screen industry is being driven largely by portable devices such as mobile phones, media players and navigation units, the firm says.

Jennifer Colegrove, director of display technologies at DisplaySearch, says: “The touch-screen industry is already a multibillion-dollar industry and still has great growth momentum.”

DisplaySearch predicts the touch-screen industry will climb from $4.3 billion in 2009 to nearly $14 billion by 2016.

Despite difficult economic conditions in other market segments, Touch International continues to see growth in its iPhone-type touch screens and its professional-grade products for military, medical, aerospace and retail customers.

To watch a demonstration of one of Touch International’s products, click here.