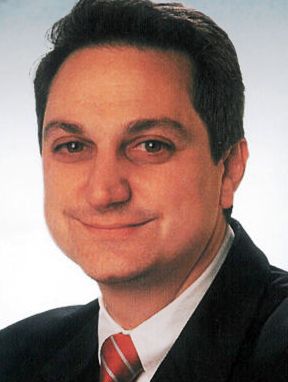 Back in March 1999, the transaction bore all the hallmarks of eventually delivering a knockout punch.

Under the agreement, Worldwide Entertainment & Sports acquired a 50 percent interest in all of the revenue produced by Munisteri Sports & Entertainment from the seven fighters. Worldwide was incorporated in 1995 as a manager and marketer of professional athletes and entertainers; the company went public four years later.

Furthermore, Worldwide agreed to issue Munisteri Sports & Entertainment a total of 250,000 shares of restricted common stock. The shares were supposed to vest over a three-year span.

However, the Worldwide-Munisteri deal wound up going down for the count. Most of the money that Munisteri anticipated from the Worldwide venture never materialized, documents and news releases show. In the fourth quarter of 2000, Worldwide—under new management installed in June 2000—threw in the towel and exited the boxing management business.

In most cases, the collapse of the Worldwide-Munisteri relationship would have merited little attention 10 years after the fact. But Steve Munisteri isn’t just any boxing manager. Munisteri, founder of Young Conservatives of Texas, happens to be the newly elected chairman of the Austin-based Texas Republican Party.

These days, according to his website, Munisteri is in the process of “retiring” from the boxing business. He started managing boxers about 20 years ago. Currently, Munisteri still manages one fighter, and still does play-by-play or color commentary for independently produced boxing shows.

Via email, AustInnovation™ posed several boxing-related questions to Munisteri. In response, he invited AustInnovation™ to conduct a Google search to answer those questions. Munisteri did not reply to a follow-up email regarding the canceled agreement with Worldwide.

In deciding to cut its ties to boxing, Worldwide (which was renamed Magnum Sports & Entertainment Inc. in October 2000) said it had “inherited a number of businesses from the prior management that had poor historical performance and uncertain economic prospects,” according to a filing with the U.S. Securities and Exchange Commission.

In connection with terminating the Munisteri agreement, Magnum issued 4,000 shares of stock options to the Houston lawyer valued at nearly $6,000, according to an SEC filing.

For the year ended Dec. 31, 2000, the former Worldwide generated about $63,000 in revenue from its slice of boxers’ take-home earnings (known as “purses”) as well as from its two joint boxing ventures—including the one with Munisteri—and ticket sales from boxing matches, according to an SEC filing. (It’s worth noting that the boxing business was shut down in late 2000, so a full year of revenue wasn’t recorded.) By comparison, the company’s revenue from representation of professional football players totaled nearly $505,000 during the same fiscal year. 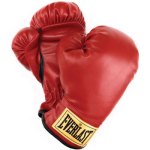 In fiscal 1999, Worldwide saw its share of boxers’ purses fall to a little more than $230,000, down sharply from nearly $472,000 for 1998. The company blamed that decline mostly on the lack of any championship boxing bouts in 1999. Worldwide generally received a 15 percent to 27.5 percent cut of boxing purses, and about 20 percent of the fees for its boxers’ endorsements, public appearances and commercials.

Meanwhile, boxing-related expenses at Worldwide swelled to nearly $890,000 for the fiscal year ended Dec. 31, 1999, compared with a little more than $625,000 in 1998. The main reason for the higher expenses? The joint boxing ventures resulted in more boxers on its roster and a corresponding rise in boxing management costs.

In the fourth quarter of 2000, Mangum wrote off its $75,000 investment in joint boxing ventures with Munisteri and another company, Bulldog Boxing Management LLC. That October, Mangum issued nearly 16,700 shares of restricted common stock, valued at close to $39,000, to Munisteri in connection with the joint venture.

In a news release issued in 1999, Munisteri said he was “pleased to commit my boxers to Worldwide in this joint venture because I am confident that Worldwide is a dynamic sports and entertainment company which is the dominant management company in boxing.”

In the same news release, Marc Roberts, who then was chairman and CEO of Worldwide, said the Munisteri joint venture had provided his company with seven promising boxers in whom Munisteri had invested “considerable time, effort and money.” According to Roberts, Munisteri’s monetary outlay exceeded $1 million.

For its part, Mangum reported in an SEC filing that the costs of developing a fighter, particularly a young amateur, into a professional boxer who capable of commanding significant purses can stretch out over several years “and constitute hundreds of thousands of dollars or more.”

To his credit, Munisteri didn’t let the Worldwide punch keep him down on the canvas. In 2004, for instance, four of his promising fighters went undefeated.

“I do not believe that there is another boxing organization that has had the type of year we have relative to the development of young heavyweight prospects,” Munisteri said at the time.